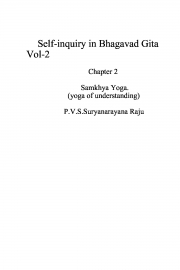 Phenomenal realities are not untruth because untruth means which does not exist. The phenomenal realities are half truths but part of truth. We can perceive the truth partially through senses because senses are basically limited in their range of perception. So all sense knowledge is only half truth including the scientific knowledge. That is why scientific theories goes on changing and in course of time they contradict their own findings. It is a natural consequence of observing through senses only. A century ago physicists are quite confident that atom is the basic particle with which universe is built. Later they found electron, proton ,and neutron. For some time they felt that they are the only subatomic particles. After some years they said quark particles are final subatomic particles. In course of time they found quark particles do not exist at all. Now they say “Neutrino” is the fundamental particle with which electron is made of and so all universe is made of “neutrino” particle. The electron itself behaves as a wave of energy sometimes and if it is observed by electron microscope it looks as though it is a particle. So electron is interchanging as energy and matter. All half truths are like this if we try to do self-inquiry with a limited instrument like thought. Half truths make you oscillate from happiness to unhappiness and vice versa. Only whole truth make you blissful which is beyond both happiness and unhappiness. Half truths are transient. If you look at half truths you become restless and miserable. So Krishna is asking Arjuna to look at whole truth. Half truth is like earth and whole truth is lie sky. The cervical spine of pigs is arranged in such a way that they can look only at the earth but they cannot bend their neck upwards to see the sky. In their whole life pigs do not see the sky even once. Though man has freedom to see the whole truth he is not utilizing that opportunity and instead he is wasting precious human life in indulging and accumulating trivia. Ours is a sensate culture. We have to recognize the truth in its totality and find our centre of our being. Self-inquiry is a journey from half truth to whole truth. We leave the half truths only through understanding of it but not by avoiding them. If you avoid them deep down you still have some hopes in half truths. Renunciation means understanding the nature of half truth and finding for ourselves that there is no enduring happiness and peace in them and so never get attached to them. Once you are free from identity from half truths you will land in the whole truth which is the sky of pure conscious being and you will be blissful without any effort on your part. Effort is just a mental activity. Effort creates its own frontiers, objectives, its own limitations. Effort has the time binding quality and all half truths are time bound, so effort never throws you out of this time bound half truths. So it is only through understanding the nature of these half truths through self-inquiry we are free from identity with them. Suppose if you say I must meditate the effort puts a limitation on your mind. We can make our mind bound or free. Effort limits the mind, so effort is evil, a self centred activity. From childhood we are conditioned to make effort, to improve ourselves, to become something as Arjuna. The more effort we make the duller the mind becomes. Effort makes our attention limited and directed. Many do self-inquiry with effort. It is just like doing good in wrong direction because it only creates further mental conflict. That is why Krishna asking Arjuna to discover the totality of truth. He is not advising any fresh mental discipline, belief, dogma to solve his problem. He is trying to awaken Arjuna from deep metaphysical sleep of Arjuna by de-conditioning him. Masters come to awaken people into Self but not to impart information and knowledge with which the human mind is already burdened with.

The Invincible by Nicholas Roerich