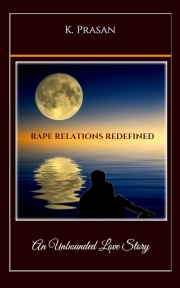 An innocent childhood friendship is traumatized when Rohan attempts to confess his love for his best friend, Saachi; and instead, in an intoxicated moment of desperate weakness, sexually assaults her. This love saga deals with a reversal of behavioral roles; where what a quintessential victim of rape should feel is felt by the aggressor, due to the nature of their relationship prior to the attack.

The plot chronicles the journeys of Rohan and Saachi. They meet as children and become inseparable friends. Their childhood friendship blossoms into a secret love in their teen years. However, in a desperate effort to confess his love for Saachi, Rohan falls prey to intoxication and in a drunken state of weakness sexually assaults and rapes Saachi. Ironically, this moment proves to shatter Rohan's emotional state of existence a lot more than it shatters Saachi, the victim. The guilt of this hideous act makes him forfeit happiness, friendship and love all together. Only with the return of Saachi in his life after eight long years, does he begin to smile again, laugh again and live again.

K. Prasan is an Indo-Canadian stay-at-home mum who simply loves being with her family, her kids. She earned her degree in English Literature after which her career took her on the path of Corporate Training and Content Development. She married in 2005 and subsequently moved from India to Canada. She has three beautiful children; and their adorable ways make her life far too active. But her love for weaving stories continues and it led her to document her first novel ‘Rape Relations Redefined’, the first of the ‘Redefined’ series. This may be her first book but she is not new to writing itself. She has written short stories and essays in the past. However, due to their confessional mode and confidential nature, shied from ever publishing them. Writing then, was a stress reliever. Now, it has become an escape to a beautiful world away from mundane chores.

The Reciting Pens by Kiriti Sengupta

তবু আসো নাই by বিশ্বজিৎ সাহা
Reviews of "Rape Relations Redefined"
No Reviews Yet! Write the first one!
Please register or login to write a review.