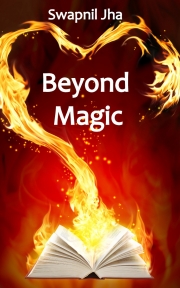 You heard about Bermuda triangle. And what it is exactly, where it is, if not then I will explain you. The Bermuda Triangle, also known as the Devil's Triangle, is an undefined region in the western part of the North Atlantic Ocean, where a number of air-crafts and ships are said to have disappeared under mysterious circumstances. According to the US Navy, the triangle does not exist, and the name is not recognized by the US Board on Geographic Names. In a 2013 study, the World Wide Fund for Nature identified the world’s 10 most dangerous waters for shipping, but the Bermuda Triangle was not among them. The first written boundaries date from an article by Vincent Gaddis in a 1964 issue of the pulp magazine Argosy, where the triangle's three vertices are in Miami, Florida peninsula; in San Juan, Puerto Rico; and in the mid-Atlantic island of Bermuda. The area is one of the most heavily traveled shipping lanes in the world, with ships crossing through it daily for ports in the Americas, Europe, and the Caribbean Islands. Despite these, someone tells me that there is an alien, which attracts the ship; someone says there is gravitational force. My thinking is different from these people, so read the story of one magical boy (wizard) named Adawait, who lived in normal life.

Swapnil Jha is a very special and gifted kid. His battle with the cerebral palsy began as umbilical cord was disconnected from his mother. Inspite of his ongoing battle with life, he stands out as icon of inspiration for millions of children who are suffering from cerebral palsy and their family members. He hails from Madhubani, Bihar and currently lives in Goa with his parents. He is studying in B Sc and his favourite subject is computer. His writing career started at the age of ten with a few articles which were published in the newspaper. He practices OSHO meditations techniques which help him overcome his disability and lead a happy and normal life.

Valmiki Ramayan Simplified Part 3 by Krishnakumar T.K.
Reviews of "Beyond Magic"
No Reviews Yet! Write the first one!
Please register or login to write a review.